About the tanker Mary A. Whalen 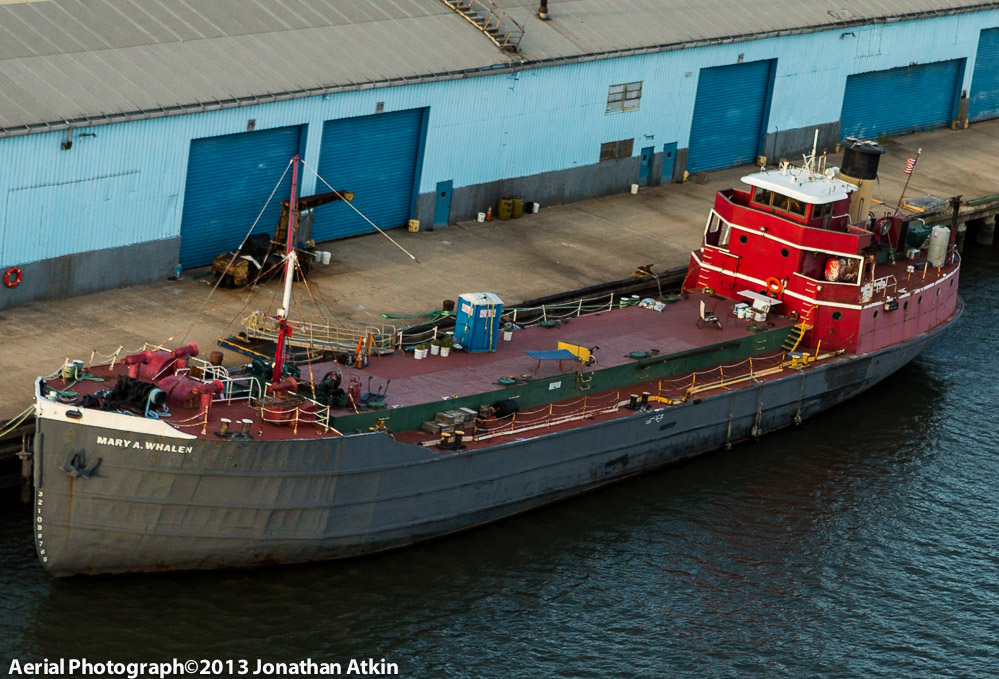 The MARY A. WHALEN http://portsidenewyork.org/

The MARY A. WHALEN was launched in 1938. With the imminent scrapping of a vintage tanker damaged by hurricane Sandy, she will be the last of her kind in the USA. She is on the National Register of Historic Places and the home of a unique waterfront non-profit PortSide NewYork whose goal is to bring New York City’s waterspace to life.

The MARY is a coastal oil tanker; her job was distributing fuels from the port of New York to the Northeast. She is a handsome vestige of the pre-war era. Once WWII began, workboat design became rushed and aesthetic flourishes disappeared from that class of vessel.

She was built for Ira S. Bushey & Sons in Red Hook, Brooklyn. "Bushey's" was an innovative business building ships and distributing fuel. Originally called the S.T. KIDDOO, for Solomon Thomas Kiddoo, treasurer of the Fairbanks Morse engine manufacturer, she was rechristened in 1958. She went out of service in 1993 after her engine crankshaft was damaged. September 2006, she became the home of PortSide NewYork. Her engine is cannibalized, and PortSide has been collecting parts to repair it.

PortSide uses the MARY as a museum ship, floating class room and cultural center, with offices on board. The MARY has hosted an opera, concerts, movies, book readings, workshops and ship tours.

PortSide’s diverse waterfront-themed programs also occur off ship including hurricane Sandy recovery work for which PortSide won an award from the White House.

PortSide has been seeking a publicly-accessible home for the MARY A. WHALEN and shoreside operations since 2005. They have functioned as a pop-up since that time. New York City is not yet hospitable to historic ships. The MARY is currently locked up in a container port and only accessible by appointment.