About the SS United States 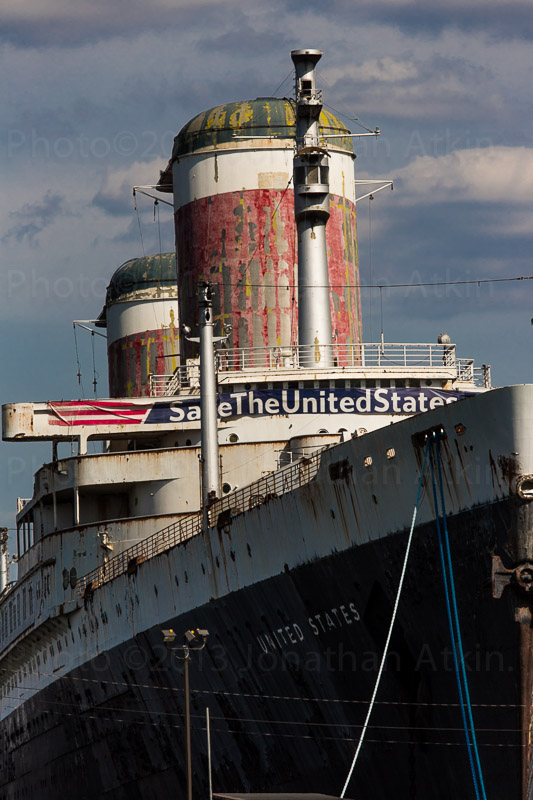 Launched in 1952, the SS United States shattered all trans-Atlantic speed records almost immediately after her christening. Upon her delivery to the United States Lines, the SS United States was most graceful, modern, powerful and quite literally the fastest vessel in the world. Her two oversize red, white, and blue funnels projected the very essence of power and American ingenuity to the entire world. Boasting a hull length longer than even the later built QE2, the SS United States was designed by William Francis Gibbs who had designed over 40% of American war ships during World War II. He built a ship with his massive accumulated knowledge and experience in ship design. The SS United States is his masterpiece - designed for both comfort and speed, she could be converted into a troop transport in times of war.

Today, the ship is owned and cared for by the SS United States Conservancy. Executive Director, Susan Gibbs is granddaughter of William has guided the Conservancy in its careful stewardship of the ship. But, this amazing vessel's future is uncertain. Visit www.ssusc.org to learn more about the Conservancy's fight to save America's flagship and how your support can help to permanently preserve this important symbol of American maritime heritage.